The common perception of the American anti-imperialist movement that opposed US expansion after the Spanish-American War is one that was driven by domestic concerns like economics, security and political traditions. While this was certainly a component, there also existed a transnational element that was not spurred by domestic motives, but rather by the international context. Two particular contexts captured the attention of anti-imperialists in these years: the Boer War and the reform of the Congo Free State. The anti-imperialists presented the Boer War as a challenge to traditional US notions of republican brotherhood and as a test of the Anglo-American relationship. In the case of the Congo, they argued that the atrocities in that territory were a challenge to the American understanding of human rights. Both cases also exhibit the development of the Anglo-American relationship and international context that was central to anti-imperialism. 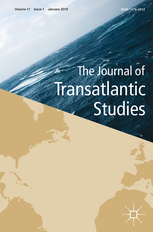