This article addresses a key problem of digital methods: how are media practices, their data and histories informing each other? Following the example of knolling, a photographic style depicting arrays of objects arranged in rectangular fashion from above, we trace how digital media practices are translated into stable objects capable of travelling by themselves. Thereby, we inquire into the role of media historiographies and narratives of diffusion in this. Popularisation is considered as matter of translation rather than diffusion: Only by means of translating heterogeneous photographing practices into a single phenomenon—namely knolling—a new object that can be popularised on the internet is created. Beyond transportability, the aesthetics of knolling are relevant for its popularisation, as they deal with attempts of reducing wholes to parts et vice versa. In this way, they address a core problem of digitised society: coping with black boxes. 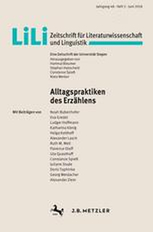