Strong solar flares and coronal mass ejections, here defined not only as the bursts of electromagnetic radiation but as the entire process in which magnetic energy is released through magnetic reconnection and plasma instability, emanate from active regions (ARs) in which high magnetic non-potentiality resides in a wide variety of forms. This review focuses on the formation and evolution of flare-productive ARs from both observational and theoretical points of view. Starting from a general introduction of the genesis of ARs and solar flares, we give an overview of the key observational features during the long-term evolution in the pre-flare state, the rapid changes in the magnetic field associated with the flare occurrence, and the physical mechanisms behind these phenomena. Our picture of flare-productive ARs is summarized as follows: subject to the turbulent convection, the rising magnetic flux in the interior deforms into a complex structure and gains high non-potentiality; as the flux appears on the surface, an AR with large free magnetic energy and helicity is built, which is represented by $$\delta $$ δ -sunspots, sheared polarity inversion lines, magnetic flux ropes, etc; the flare occurs when sufficient magnetic energy has accumulated, and the drastic coronal evolution affects magnetic fields even in the photosphere. We show that the improvement of observational instruments and modeling capabilities has significantly advanced our understanding in the last decades. Finally, we discuss the outstanding issues and future perspective and further broaden our scope to the possible applications of our knowledge to space-weather forecasting, extreme events in history, and corresponding stellar activities. 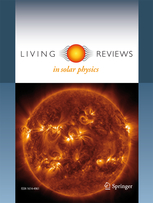