Males in many species differentially allocate sperm and seminal fluid depending on certain social variables, including perceived sperm competition and female reproductive status. In some species, males reduce their investment in sperm quantity or quality upon repeated matings with the same female and increase such investment when mated to a novel female. We tested for effects of stimulus habituation and novelty on ejaculated semen parameters in humans. We analyzed ejaculates produced through masturbation with stimulation from sexually explicit films. When males were exposed successively to the same female six times, we saw no change in ejaculate parameters between the first and sixth exposures to the same female. However, ejaculate volume and total motile sperm count significantly increased when males were exposed to a novel female. Time to ejaculation also decreased significantly upon exposure to a novel female. Thus, our results suggest that human males ejaculate more quickly and invest more in ejaculates with novel females. 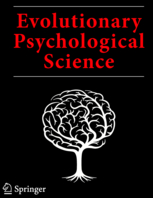