Despite some advantages of thermoplastic starch (TPS), such as biodegradability, renewability, and low cost, it exhibits unsatisfactory mechanical properties and high vapor permeability (WVP). In this study, TPS-based green composites containing various amounts of high-stiff cellulose nanocrystals (CNCs), 0–9 wt%, were prepared in an internal mixer to modify the abovementioned drawbacks. The CNCs prepared via acid hydrolysis of microcrystalline cellulose (MCC) at different temperatures were characterized by means of scanning electron microscopy, atomic force microscopy (AFM), Fourier transform infrared spectroscopy, and X-ray diffraction analysis. The AFM micrographs showed that MCC hydrolysis at 44 °C resulted in CNCs with the highest yield of 37 % and average length and width of 272 nm and 61 nm, respectively. Adding CNC level from 0 to 9 wt% considerably increased the tensile strength of the TPS from 3.1 to 11.1 MPa (358 %), Young’s modulus from 237.3 MPa to 4.2 GPa, and the glass transition temperature (T g) from 69.2 to 90.7 °C. The relatively good interfacial interaction between CNC and TPS matrix due to rather similar polysaccharide structure in both CNC and starch caused a remarkable improvement of these mechanical properties. Furthermore, the introduction of 9 wt% CNCs decreased water vapor permeability (WVP) of the TPS from 3.4 × 10−6 to 1.3 × 10−6 g m−1h−1Pa−1. In fact, the barrier effect of the CNC plates with relatively high aspect ratio decreased the WVP of the resultant nanocomposite. 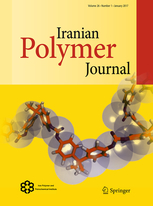