It has long been documented that married individuals have better health outcomes than unmarried individuals. However, this marital advantage paradigm has been developed primarily based on heterosexual populations. No studies to date have examined the health effects of marriage among bisexuals, one of the most disadvantaged but understudied sexual minority groups, although a few have shown mixed results for gays and lesbians. Similarly, no research has examined how the gender composition of a couple may shape bisexuals’ health outcomes above and beyond the effects of sexual orientation. We analyzed pooled data from the 2013–2017 National Health Interview Survey (n = 154,485) and found that the health advantage of marriage applied only to heterosexuals and, to a lesser extent, gays and lesbians. Married bisexuals, however, exhibited poorer health than unmarried bisexuals when socioeconomic status and health behaviors were adjusted for. Moreover, bisexuals in same-gender unions were healthier than bisexuals in different-gender unions primarily because of their socioeconomic advantages and healthier behaviors. Together, our findings suggest that bisexuals, particularly those in different-gender unions, face unique challenges in their relationships that may reduce the health advantage associated with marriage. 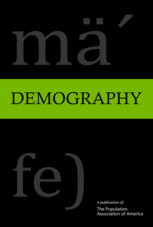