Humans can absorb volatile organic compounds (VOCs), such as ethylbenzene (EB), via inhalation resulting in various effects such as hepatotoxicity and even carcinogenicity. Because occupational EB exposure occurs frequently in the synthetic rubber and plastic industry, its toxicity has been previously reported by various in vitro as well as in vivo animal studies. EB has also been classified as a group 2B possible carcinogen by the IARC. However, these studies investigated the toxicity of EB used a much higher dose than expected occupational exposure. Thus the results are likely to be far away from to be the basis for the validation of the toxicity of the EB exposure. Because the previous studies examine only phenotypes, it is still unclear what and how EB affects physiological pathways in the human body. Using microarray platform, we investigated the gene expression profiles and genomic methylation patterns of 66 human blood samples from employees of local plants that use EB. The affected genes were functionally analyzed using the DAVID Tool and IPA. The methylation array demonstrated that, compared to the control group, a total of 1446 genes were hypermethylated and 60 genes were hypomethylated. Among the 378 differentially expressed genes, 12 had proper epigenetic correlation with the altered methylation patterns. Our study demonstrated how EB exposure affects the human genome by investigating the gene expression profiles and DNA methylation profiles of blood cells. We expect that our results will help establish the genomic basis of the effect of EB exposure on humans. 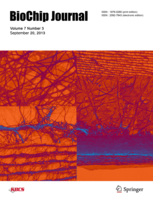