The complete chloroplast genome sequence of Codonopsis minima (Campanulaceae), an endemic to Korea

The complete chloroplast genome sequence of Codonopsis minima, an endemic species to Korea, was determined by Illumina pair-end sequencing. The complete plastid genome was 169,321 bp in length, containing a large single copy (LSC) of 85,506 bp and a small single copy (SSC) of 8065 bp, which were separated by a pair of 37,875 bp inverted repeats (IRs). A total of 108 unique genes were annotated, including 75 protein coding genes, 29 tRNA genes, and 4 rRNA genes. Among these genes, 16 genes contained one or two introns. The overall GC contents of the plastid genome were 38.3%. A maximum likelihood phylogenetic analysis showed that C. minima formed the most basal part within the Campanulaceae s. str. clade with a high support value (BS = 100), which was identified as sister to all other taxa in the clade. 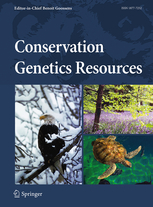