Brown tides caused by Aureococcus anophagefferens have occurred frequently in the coastal waters of Qinhuangdao since 2009. The Changli coast is the area most strongly affected by the brown tides, which result in significant economic losses and serious ecological harm. To understand the effects of brown tides on nanoplankton diversity and biomass, samples were collected from May to July in 2012 at station XKK, which is approximately 0.2 nautical miles off the Changli coast. The V9 region of the 18S rDNA gene was used as a marker and was analyzed by Illumina sequencing to assess the nanoplankton diversity and biomass, and real-time fluorescence quantitative PCR was performed to analyze the temporal variations in the copy concentrations of the 18S rDNA of nanoplankton. The results showed that nanoplankton diversity, as determined by the Shannon index, decreased from May to June and increased in July. Illumina sequencing analysis revealed that the plankton community differed among the samples from May to July, and over this period, the dominant phytoplankton groups changed from pelagophytes to chlorophytes. Sufficient nutrients and low grazing pressure by zooplankton and scallops accelerated the growth of small-celled phytoplankton. A. anophagefferens was the most dominant phytoplankton species, with an 18S rDNA maximum copy concentration detected on 26 June, followed by Micromonas sp. and Bathycoccus prasinos, with maximum copy concentrations observed on 3 July. Ciliophora, Arthropoda and Cercozoa were the dominant taxa of the local zooplankton community. The Ciliophora and Arthropoda biomasses decreased, and the Cercozoa biomass increased when the copy concentration of A. anophagefferens peaked on 26 June. We suspect that A. anophagefferens had a significantly negative effect on the growth of Ciliophora and Arthropoda and could be ingested by Cercozoa to promote its proliferation. The small and low-abundance plankton that are likely missed in microscopic and clone library analyses could be detected using Illumina sequencing and qPCR, which provide an effective method for a comprehensive analysis of the plankton community. 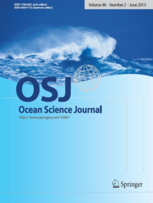