YBa2Cu3O7−x (YBCO) films with co-doping of BaTiO3 (BTO) and Y2O3 nanostructures were successfully fabricated on LaAlO3 (LAO) substrate by metal organic deposition using trifluoroacetates (TFA-MOD). The focus of this study was to optimize the process conditions during the firing heat treatment of high critical current density (JC)-co-doped YBCO films. The effect of the firing temperatures on both the surface morphology and the superconducting properties for the doped YBCO films was systematically studied. According to the X-ray diffraction (XRD) and scanning electron microscopy (SEM) results, the films prepared at 820 and 850 °C show poor electrical performance due to impurity phases and large pores. In contrast, the dense YBCO films prepared at 830 and 840 °C with the critical current densities of 10 MA·cm−2 (77 K, 0 T) are obtained. 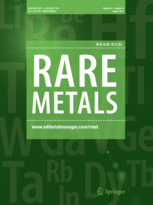