This study aimed to assess the clinical value of C-reactive protein-albumin ratio (CAR) at the initiation of first-line treatment for castration-resistant prostate cancer (CRPC). We identified 221 CRPC patients treated with either androgen-signaling inhibitors (ASIs: abiraterone and enzalutamide) or docetaxel as the first-line treatment. The value of CAR was evaluated at the initiation of first-line treatment. The optimal cutoff value of CAR for the prediction of lethality was defined by the receiver operating characteristic curve and the Youden Index. The primary endpoints of the study included overall survival (OS) and cancer-specific survival (CSS). The median age was 74 years. The optimal cutoff value of CAR in newly diagnosed CRPC patients was 0.5 (CAR > 0.5: n = 77 and CAR ≤ 0.5: n = 144). The 3-year OS and CSS rate in patients with CAR > 0.5 were significantly lower than those with CAR ≤ 0.5 (OS: 30.9% vs 55.5%, p < 0.001) (CSS: 42.5% vs 65.4%, p < 0.001). A multivariate analysis consistently demonstrated that CAR was an independent predictor for both OS and CSS. When stratified by the first-line treatments, patients with CAR > 0.5 has significantly shorter CSS than those with CAR ≤ 0.5 in abiraterone (median of 23 vs 49 months, p < 0.001) and enzalutamide (median of 23 vs 41 months, p = 0.0016), whereas no difference was observed in patients treated with docetaxel as the first-line treatment (median of 34 and 37 months, p = 0.7708). Despite the limited cohort size and retrospective design, increased CAR seemed to serve as an independent predictor of OS and CSS for patients newly diagnosed with CRPC. 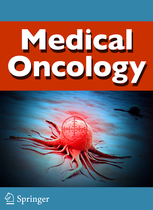