Recently, thermal behavior differences between beet and cane sugars have been reported. Generally, cane sugars exhibited two endothermic DSC peaks, one small peak proceeded by one large peak; whereas, beet sugars exhibited only one large endothermic DSC peak. Previous research linked the presence of the small peak to the appearance of thermal decomposition components in analytical grade cane sucrose. However, no research was found exploring this relation for other sucrose sources. Thus, our objective was to investigate the possible association between the aforementioned DSC curve differences and the appearance of selected thermal decomposition components in a wide variety of sucrose samples, including analytical grade cane, white refined commercial beet and cane, and laboratory-recrystallized beet, using HPLC analysis. A strong, predictive relation between the DSC Tmonset value and the temperature at which the initial thermal decomposition component(s) (TDConset) was detected was found for both beet and cane sugars. DSC Tmonset and TDConset values occurred at substantially lower temperatures for cane (150 °C to 160 °C and 170 °C, respectively) compared to beet (188 °C and 200 °C, respectively) samples, establishing that, overall, beet sucrose sources exhibit greater thermal stability than cane. We hypothesize that this wide variation in thermal stability is related to differences in crystal composition and chemistry and merit further investigation. Understanding the thermal behavior differences between and within beet and cane sugars and the potential impact on processing of sugar containing products is of substantial value to the food industry, and suggests that additional factors besides market price need to be taken into consideration during sucrose source selection. 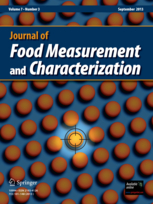