The wettability of graphene-coated SiC single crystal (CGn/SiCsc) by liquid Cu (99.99%) was investigated by a sessile drop method in vacuum conditions at temperature of 1100 °C. The graphene layer was produced via a chemical vapor deposition routine using 4H-SiC single crystal cut out from 6″ wafer. A dispensed drop technique combined with a non-contact heating of a couple of materials was applied. The Cu drop was squeezed from a graphite capillary and deposited on the substrate directly in a vacuum chamber. The first Cu drop did not wet the CGn/SiCsc substrate and showed a lack of adhesion to the substrate: the falling Cu drop only touched the substrate forming a contact angle of θ0 = 121° and then immediately rolled like a ball along the substrate surface. After settling near the edge of the substrate in about 0.15 s, the Cu drop formed an asymmetric shape with the right and left contact angles of different values (θR = 86° and θL = 70°, respectively), while in the next 30 min, θR and θL achieved the same final value of ~ 52°. The second Cu drop was put down on the displacement path of the first drop, and immediately after the deposition, it also did not wet the substrate (θ = 123°). This drop kept symmetry and the primary position, but its wetting behavior was unusual: both θR and θL decreased in 17 min to the value of 23° and next, they increased to a final value of 65°. Visual observations revealed a presence of ~ 2.5-mm-thick interfacial phase layer reactively formed under the second drop. Scanning electron microscopy (SEM) investigations revealed the presence of carbon-enriched precipitates on the top surface of the first Cu drop. These precipitates were identified by the Raman spectroscopy as double-layer graphene. The Raman spectrum taken from the substrate far from the drop revealed the presence of graphene, while that obtained from the first drop displacement path exhibited a decreased intensity of 2D peak. The results of SEM investigations and Raman spectroscopy studies suggest that the presence of graphene layer on the SiC substrate suppresses but does not completely prevent chemical interaction between liquid Cu drop and SiC. Both chemical degradation (etching) and mechanical degradation of the graphene layer during drop rolling due to high adhesion of the Cu drop to the SiC substrate are responsible for mass transfer through the 2nd drop/substrate interface that in turn results in significant changes of structure and chemistry of the drop and the interface. 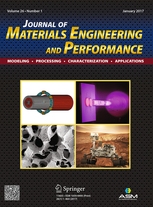