Magnesium and its alloys have a complex progression of deformation mechanisms due to the hexagonal closed-packed crystal structure. Magnesium undergoes a series of different deformation modes as stress increases. The deformation behavior is marked by the commencement of elastic (Stage I), followed by 〈a〉 basal slip and twinning (Stage II), 〈a〉 prismatic slip (Stage III) and finally 〈c + a〉 pyramidal slip (Stage IV). In this study, the deformation behavior of a range of commercial die-cast magnesium-aluminum-based alloys are analyzed. Four distinct stages of strain hardening can be seen in the tensile stress–strain curve and these are modeled according to the assumption that they correspond to the four deformation mechanisms. It is shown that both Stages I and III can be described by a linear equation while Stages II and IV follow a power-law relationship and fitted with Hollomon’s equation. A semi-empirical equation is proposed to model the entire stress–strain curve, which provides a simple way to understand the deformation of magnesium alloys and points towards better methods of modeling magnesium alloy behavior in part design. 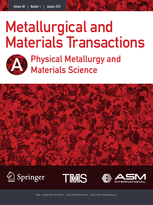