Influence of Arsenic Stress on Physiological, Biochemical, and Morphological Characteristics in Seedlings of Two Cultivars of Maize (Zea mays L.)

Agricultural practices and industrial growth have contaminated the environment with heavy metals and many other harmful compounds. Arsenic (As) has been highlighted as a major heavy metal affecting growth and development of plants as well as causing severe human health hazards through food chain contamination. Most studies of heavy metal impacts address only one of these aspects, overlooking the effect of pollution on the plant as a whole. In this work, our objective was to determine the effect of arsenic stress on physiological, biochemical, and morphological characteristics in seedlings of two cultivars of maize with different arsenic tolerance. This study investigated the effects of varying levels of arsenic (As) stress on growth, enzymatic characteristics, and cell ultrastructure in seedlings of As-sensitive and As-tolerant maize cultivars (Shiyu No. 9 and Dongdan90, respectively) grown in hydroponic culture. Compared to Shiyu No. 9 at the same As concentration, Dongdan90 maintained higher values of biomass, shoot length, root length, and activity of superoxide dismutase, peroxidases, and catalase, but had lower malondialdehyde content, As accumulation, and non-protein thiol. High As concentrations inhibited the growth of both cultivars, while lower concentrations stimulated it. The As-tolerant cultivar also maintained the structural integrity of cells and tissues more efficiently under As stress. These findings demonstrate a link between the physiological and physical impacts of heavy metals on crop plants that paves the way for improved interventions to deal with heavy metal pollution. 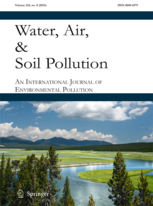