New Rules for New Times: Sportswomen and Media Representation in the Third Wave

Leading up to the early 2000s, feminist researchers identified numerous representational practices through which the sports media ignored, trivialized and sexualized sportswomen. At that time, a distillation of the research into a set of six unwritten media ‘rules’ concluded that, at best, the traditional media approached women’s sport ambivalently within an either/or discourse of pretty or powerful that constructed femininity and athleticism as incompatible. In the past decade, the rise of Internet-based news and social media has dramatically changed the field of representation, including an explosion in public voice and information sharing on social networking sites. In this changed media landscape, I synthesize U.S. and global research into 15 historical and emerging rules of media representation, in order to extend researchers’ understandings of the current status and range of representational practices. In addition, I employ the theoretical lenses of third-wave feminism and cultural studies to advance the ways in which feminist researchers can conceptualize and understand historical and emerging trends in how sportswomen are imagined in popular culture. In particular, I consider the implications of third wave feminism for understanding the emergence of a pretty and powerful discourse in the U.S. that challenges dominant interpretations of sports media coverage and points to the value for feminist sport media researchers of expanding their interpretive frameworks for making sense of media coverage. 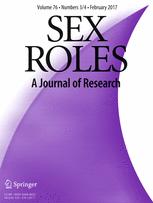