We propose a scheme to probabilistically generate Greenberger–Horne–Zeilinger states encoded on the path degree of freedom of three photons. These photons are totally independent from each other, having no direct interaction during the whole evolution of the protocol, which remarkably requires only linear optical devices to work and two extra ancillary photons to mediate the correlation. The efficacy of the method, which has potential application in distributed quantum computation and multiparty quantum communication, is analyzed in comparison with similar proposals reported in the recent literature. We also discuss the main error sources that limit the efficiency of the protocol in a real experiment and some interesting aspects about the mediator photons in connection with the concept of spatial nonlocality. 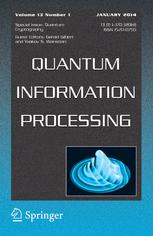