This paper investigates the adaptive group consensus of networked Euler–Lagrange systems with parametric uncertainties under directed topology graph. A novel decomposition approach is developed by using both algebraic graph theory and matrix theory. Three distributed adaptive group consensus protocols are proposed for the cases of topology graphs with acyclic partition and balanced couple, respectively. Some necessary and sufficient conditions for solving group consensus problems are established. It is shown that for the case of directed acyclic graphs, the group consensus can always be guaranteed by the structure of acyclic interaction topology. In particular, an explicit expression of group consensus states can be obtained using the proposed integral protocol, which can be used to develop a unified approach yielding the desired group consensus. For the case of directed balanced couple graphs, a simple algebraic criterion for ensuring group consensus is presented in terms of the eigenvalue computation of Laplacian matrix and thus can be easily applied in practice. Finally, numerical simulations are given to demonstrate the effectiveness of the proposed control methodologies. 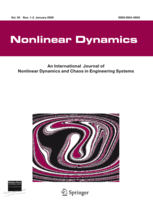