This paper focuses on unmanned aircraft guidance laws for a straight path and a circular orbit following using the vector field approach. The vector fields introduced in this paper can be applied to not only path following, but also other purposes such as arrival position, angle, and time control. Therefore, they could be applied to various missions providing advantages over other previous vector fields. Stability and performance of the path following has been proved and analyzed using the classical control theory. Simulation using a six degrees-of-freedom aircraft model shows that these guidance laws are effective for the missions even under the existence of wind disturbance. Furthermore, flight experiments with a blended-wing-body type unmanned aircraft are performed to evaluate the proposed vector field guidance algorithm. 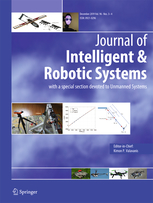