A collocation spectral method (CSM) is developed to solve the fin heat transfer in triangular, trapezoidal, exponential, concave parabolic, and convex geometries. In the thermal process of fin heat transfer, fin dissipates heat to environment by convection and radiation; internal heat generation, thermal conductivity, heat transfer coefficient, and surface emissivity are functions of temperature; ambient fluid temperature and radiative sink temperature are considered to be nonzero. The temperature in the fin is approximated by Chebyshev polynomials and spectral collocation points. Thus, the differential form of energy equation is transformed into the matrix form of algebraic equation. In order to test efficiency and accuracy of the developed method, five types of convective–radiative fins are examined. Results obtained by the CSM are assessed by comparing available results in references. These comparisons indicate that the CSM can be recommended as a good option to simulate and predict thermal performance of the convective–radiative fins. 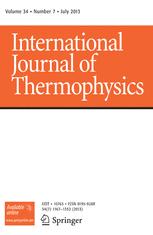