There is increasing evidence that size variability within a cohort can have important consequences on community ecology and evolution. It is commonly assumed that the threat of predation can influence cohort size variability by homogenizing foraging behavior among members. We combined predictions of growth–defense models with those from models of genesis of size variation to test the non-lethal effects of size-selective newt and gape-unconstrained aeshnid dragonfly larva predators on the size structure of Rhacophorus arboreus tadpoles in a controlled laboratory experiment. We hypothesized that the predators would induce differential growth and behavioral responses in the tadpoles, and would decrease cohort size variation. The tadpoles reduced activity levels in the presence of the predators, but the responses were generally stronger in the presence of dragonfly larvae. Growth costs were commensurate with the levels of behavioral defense investments in the tadpoles. Despite strong reductions in activity levels and growth, cohort size variation increased in the presence of predators, contrasting current models on relationship between foraging rates, growth, and cohort size variation in prey. The underlying mechanisms are unclear, but it is possible that reduced rates of movement limited access to food for some cohort members or that predation risk enhanced the expression of behavioral variation among individuals. 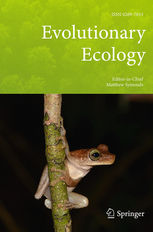