The aim of the current study is to evaluate efficacy of laparoscopic treatment for aberrant hepatic duct (AHD) in children with cholecochal cysts (CDC).

CDC children with AHDs who successfully underwent laparoscopic ductoplasties and hepaticojejunostomies between October 2001 and October 2017 were reviewed. The AHD variations were categorized into four subtypes and the surgical management varied according the subtypes.

Recognition and treatment based on different subtypes of AHDs effectively prevent relevant complications. Individualized laparoscopic ductoplasty and hepaticojejunostomy is an efficacious management for AHDs in CDC children. 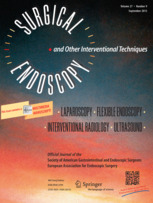