Previous studies have used fMRI to address the relationship between grip force (GF) applied to an object and BOLD response. However, whilst the majority of these studies showed a linear relationship between GF and neural activity in the contralateral M1 and ipsilateral cerebellum, animal studies have suggested the presence of non-linear components in the GF–neural activity relationship. Here, we present a methodology for assessing non-linearities in the BOLD response to different GF levels, within primary motor as well as sensory and cognitive areas and the cerebellum. To be sensitive to complex forms, we designed a feasible grip task with five GF targets using an event-related visually guided paradigm and studied a cohort of 13 healthy volunteers. Polynomial functions of increasing order were fitted to the data. Major findings: (1) activated motor areas irrespective of GF; (2) positive higher-order responses in and outside M1, involving premotor, sensory and visual areas and cerebellum; (3) negative correlations with GF, predominantly involving the visual domain. Overall, our results suggest that there are physiologically consistent behaviour patterns in cerebral and cerebellar cortices; for example, we observed the presence of a second-order effect in sensorimotor areas, consistent with an optimum metabolic response at intermediate GF levels, while higher-order behaviour was found in associative and cognitive areas. At higher GF levels, sensory-related cortical areas showed reduced activation, interpretable as a redistribution of the neural activity for more demanding tasks. These results have the potential of opening new avenues for investigating pathological mechanisms of neurological diseases. 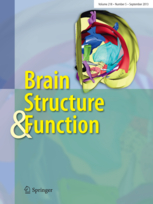