To obtain high joint strength, friction stir lap welding (FSLW) was used to join 6061-T6 aluminum alloy and Ti-6Al-4V alloy using low rotating speeds. The effect of tool rotating speed on the microstructure and lap shear failure loads of the joints was mainly discussed. Results showed that voids were easily observed at the lap interface when small penetration was used. The void was eliminated by decreasing the rotating speed. The hook acted as a “lock” during the lap shear test. At the inner side of hook, metallurgical bonding was formed due to the formation of intermetallic compounds. The joint failed through Al alloy and showed higher lap shear failure loads than other joints when the rotating speed of 300 rpm was used. 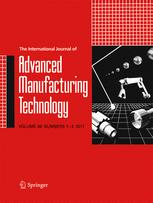