Stroke is a leading cause of adult disability and mortality. Diabetes is a major risk factor for stroke. Patients with diabetes have a higher incidence of stroke and a poorer prognosis after stroke. Peroxisome proliferator-activated receptor gamma (PPAR-γ) is a ligand-modulated transcriptional factor and a therapeutic target for treating type II diabetes. It is well-documented that activation of PPAR-γ can also attenuate postischemic inflammation and damage. In this review, we focus on the newly revealed anti-apoptotic actions of PPAR-γ against cerebral ischemia. PPAR-γ, by increasing superoxide dismutase/catalase and decreasing nicotinamide adenine dinucleotide phosphate oxidase levels, attenuated ischemia-induced reactive oxygen species and subsequently alleviated the postischemic degradation of Bcl-2, Bcl-xl, and Akt. The preserved Akt phosphorylated Bad. Meanwhile, PPAR-γ also promotes the transcription of 14-3-3ε. Elevated 14-3-3ε binds and sequesters p-Bad and prevents Bad translocation to neutralize the anti-apoptotic function of Bcl-2. This review further supports the notion that PPAR-γ may serve as a potential therapeutic target for treating ischemic stroke. 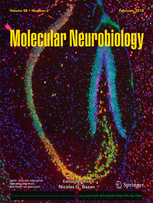