Magnesium and Fluoride Distribution in Human Cementum with Age 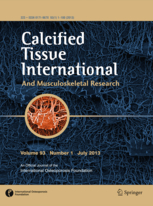