Large arrays of multifunctional rolled-up semiconductors can be mass-produced with precisely controlled size and composition, making them of great technological interest for micro- and nano-scale device fabrication. The microtube behavior at different temperatures is a key factor towards further engineering their functionality, as well as for characterizing strain, defects, and temperature-dependent properties of the structures. For this purpose, we probe optical phonons of GaAs/InGaAs rolled-up microtubes using Raman spectroscopy on defect-rich (faulty) and defect-free microtubes. The microtubes are fabricated by selectively etching an AlAs sacrificial layer in order to release the strained InGaAs/GaAs bilayer, all grown by molecular beam epitaxy. Pristine microtubes show homogeneity of the GaAs and InGaAs peak positions and intensities along the tube, which indicates a defect-free rolling up process, while for a cone-like microtube, a downward shift of the GaAs LO phonon peak along the cone is observed. Formation of other type of defects, including partially unfolded microtubes, can also be related to a high Raman intensity of the TO phonon in GaAs. We argue that the appearance of the TO phonon mode is a consequence of further relaxation of the selection rules due to the defects on the tubes, which makes this phonon useful for failure detection/prediction in such rolled up systems. In order to systematically characterize the temperature stability of the rolled up microtubes, Raman spectra were acquired as a function of sample temperature up to 300°C. The reversibility of the changes in the Raman spectra of the tubes within this temperature range is demonstrated. 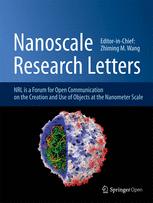