Deletion of Cu(II) from synthetic solution was investigated using ground Prunus Amygdalus shell (GPAS). FTIR revealed the probable functional groups for the binding of Cu(II). XRD revealed amorphous nature of the GPAS. SEM analysis furnished microscopic details of GPAS. GPAS size analysis was done using seven ASTM screens and three mean diameters, namely mass mean, volume mean and volume surface mean diameters. Kinetic study consisted of pseudo-first and pseudo-second order kinetics. Langmuir and Freundlich isotherms were used to elucidate the isotherm study of uptake of Cu(II) onto GPAS. Trend of Scatchard was used to verify the applicability of the Freundlich model, while D-R model helped to determine the nature of biosorption. A detailed analysis for rate controlling step was made. Various mean diameters were used to estimate the diffusion coefficient for the biosorption of Cu(II) onto GPAS. 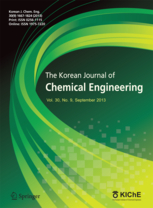