Oligochaeta of the Danube River — a faunistical review

The aim of this work is to discuss the distribution of Oligochaeta (Annelida) in the Danube River using the collections made by the Joint Danube Survey 2007 (JDS2) on more than 2800 km of the river. The basic faunistical features of the oligochaete assemblages were analysed with regard to three main sectors of the Danube (upper, middle and lower reaches, the last with the Danube Delta). A total of 52 oligochaete taxa have been recorded. Most of the observed species are typical of the potamon-type rivers in the region, and are well adapted to moderate-to-high organic load. The highest taxa richness and frequency of occurrence were observed among the Tubificidae family. Naididae, Propappidae, Enchytraeidae and Haplotaxidae had also low frequency. The upper reach of the Danube showed the lowest species richness, while the middle reach is characterised by its highest species richness. Construction of dams and regulation of the riverbed have resulted in an increase of limno(rheo)philic taxa which prefer slow-flowing and lentic zones. 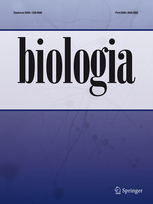