This paper presents a prototype sensor network for monitoring urban traffic. The sensor network node, equipped with a low-resolution camera, observes the street and detects moving objects. Object detection is based on the custom video segmentation algorithm, using dual background subtraction, edge detection and shadow detection, running on dedicated multi-processor SoC hardware. The number and the speed of the detected objects are transmitted using a low-power license-free radio transceiver to another neighboring node. All the nodes create a self-organized network, data are aggregated at the nodes and passed further to the nodes closer to data sinks. Finally, information about the traffic flow is collected from the sinks and visualized on a PC. The prototype sensor network node has been realized in two versions: FPGA and ASIC. The ASIC version consumes approximately 500 mW and it can be powered from a photovoltaic solar panel combined with a single cell Li-Po battery. The comparison of power consumption of both versions has also been made. Apart from collecting traffic data, the proposed sensor network can gather environmental data, such as the temperature, the acoustic noise or the intensity of the sunlight. The set of 26 prototype sensors has been mounted on street lamp-poles on streets and tested in real conditions. 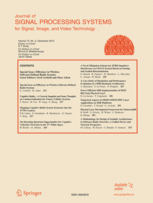