Biotechnology as End Game: Ontological and Ethical Collapse in the “Biotech Century”

I argue in this paper that animal biotechnology constitutes a dangerous ontological collapse between animals and the technical-economic apparatus. By ontological collapse, I mean the elimination of fundamental ontological tensions between embodied subjects and the principles of scientific, technological, and economic rationalization. Biotechnology imposes this collapse in various ways: by genetically “reprogramming” animals to serve as uniform commodities, by abstracting them into data and code, and, in some cases, by literally manipulating their movements with computer technologies. These and other forms of ontological violence not only lead to profound physical suffering for the animals involved, but also distort the phenomenological basis of their existence, especially their perceptual experience and expression of subjective time and space. In subordinating nonhuman animals to the logic of “technological rationality” or “technique,” to borrow Herbert Marcuse and Jacques Ellul’s respective terms, biotechnology perpetuates the productive extermination of animals. Biotech animals are exterminated in the sense of being “drive[n] beyond the boundaries” of meaningful existence and “destroyed completely” or “completely wiped out” as subjects. But they are also exterminated in the sense of being “overproduced” and “overgenerated,” both quantitatively and qualitatively. I go on to argue that the collapse of the ontological is accompanied by a collapse of the ethical. This ethical collapse is characterized by the internalization of the logic of technique and the corresponding failure both within technoscientific culture itself and within some scholarly discourses about biotechnology to evaluate from a genuinely critical vantage point the fundamental ethical issues that animal biotechnology raises. The aim of this paper is to offer an alternative analysis of the ontological and ethical implications of biotechnology from the standpoint of Marcuse and Ellul’s critical theory of technology. To explore other ramifications of animal biotechnology, I draw on Theodor Adorno and Max Horkheimer’s insights into ideologies of extermination and Maurice Merleau-Ponty’s phenomenology of embodiment. 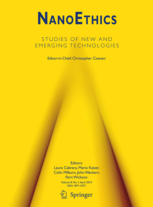