The joint/conditional “probability” measures of simultaneous many-orbital events in chemical bonds, which involve several basis functions, are derived within standard SCF LCAO MO description of molecular systems. These generalized projection/overlap quantities satisfy the symmetry properties and sum rules of the ordinary probabilities, but can exhibit negative values. The associated information-theoretic descriptors of chemical bonds for a general case of several (dependent) orbital probability schemes are examined. The many-orbital theory extends the range of applications of the orbital communication theory to many classical issues in the theory of molecular electronic structure and chemical reactivity. Such probabilities are required in several molecular scenarios, e.g., bimolecular and catalytic reactivity, directing influence of ligands/substituents, the three-centre bonds, etc., which are also identified. Such an approach implies the effect of the IT-ionic activation of the chemisorbed reactants in catalytic systems. 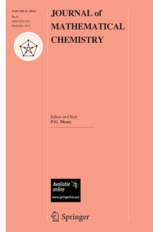