Geographic variations in seed dispersal by ants: are plant and seed traits decisive?

The effect of local ant species on the dispersal success of a myrmecochorous plant, Helleborus foetidus, was analyzed in two populations of the Iberian Peninsula (Caurel and Cazorla, respectively). The contribution of the various local ant species to dispersal was very unequal. While 5 and 19 ant taxa visited the plants of Caurel and Cazorla, respectively, most removal activity (67 and 80%) was performed by two species only (Formica lugubris and Camponotus cruentatus, respectively). Visits by dispersers were also unequally distributed between neighboring plants. While some plants were always visited during the period of seed release, others were never visited. A regression model indicated that this pattern might be explained by two plant traits: ants preferred to visit plants that released more seeds and whose elaiosomes were richer in oleic acid. Although it has long been known that this compound triggers removal by ants, it is the first demonstration that quantitative variations in elaiosome traits contribute to variation in dispersal success. Finally, other variables being equal, morphological traits (seed size, elaiosome size, and elaiosome/seed size ratio) did not affect ant behavior. Although myrmecochory has long been considered a diffuse interaction, our results support the idea that, at local scale, a limited number of ant species may be decisive to its evolution. 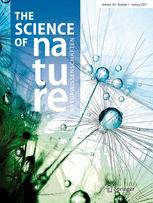