The Genetic and Molecular Basis of Severe Combined Immunodeficiency

Severe combined immunodeficiency (SCID) is a life-threatening disease caused by a heterogeneous group of genetic defects. It is characterized by profound defects of T-cell development, also affecting B and NK cells in some cases. Since the first molecular identification of a causal gene for SCID in 1985, 14 more molecular causes have been identified in patients with a classical SCID phenotype, with no T cells. Some genetic defects specifically block lymphocyte ontogeny, whereas others affect T-cell function and a few cause extra-hematopoietic alterations with a rare complex phenotype. Over the last 15 years, several new causal genes have been identified in patients with low T-cell counts and impaired T-cell function. Patients with a clinical SCID phenotype with normal numbers of dysfunctional T cells have also recently been reported. This last condition is described immunologically as combined immunodeficiency. These discoveries have expanded the complexity and difficulties of molecular characterization in patients with a clinical SCID phenotype. Studies of these disorders have increased our understanding of the role of single-gene products in the development, differentiation, and function of the immune system in humans. 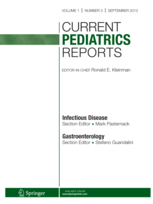