High-intensity interval training (HIT) is a well-known, time-efficient training method for improving cardiorespiratory and metabolic function and, in turn, physical performance in athletes. HIT involves repeated short (<45 s) to long (2–4 min) bouts of rather high-intensity exercise interspersed with recovery periods (refer to the previously published first part of this review). While athletes have used ‘classical’ HIT formats for nearly a century (e.g. repetitions of 30 s of exercise interspersed with 30 s of rest, or 2–4-min interval repetitions ran at high but still submaximal intensities), there is today a surge of research interest focused on examining the effects of short sprints and all-out efforts, both in the field and in the laboratory. Prescription of HIT consists of the manipulation of at least nine variables (e.g. work interval intensity and duration, relief interval intensity and duration, exercise modality, number of repetitions, number of series, between-series recovery duration and intensity); any of which has a likely effect on the acute physiological response. Manipulating HIT appropriately is important, not only with respect to the expected middle- to long-term physiological and performance adaptations, but also to maximize daily and/or weekly training periodization. Cardiopulmonary responses are typically the first variables to consider when programming HIT (refer to Part I). However, anaerobic glycolytic energy contribution and neuromuscular load should also be considered to maximize the training outcome. Contrasting HIT formats that elicit similar (and maximal) cardiorespiratory responses have been associated with distinctly different anaerobic energy contributions. The high locomotor speed/power requirements of HIT (i.e. ≥95 % of the minimal velocity/power that elicits maximal oxygen uptake [v/p $$ \dot{V} $$ V ˙ O2max] to 100 % of maximal sprinting speed or power) and the accumulation of high-training volumes at high-exercise intensity (runners can cover up to 6–8 km at v $$ \dot{V} $$ V ˙ O2max per session) can cause significant strain on the neuromuscular/musculoskeletal system. For athletes training twice a day, and/or in team sport players training a number of metabolic and neuromuscular systems within a weekly microcycle, this added physiological strain should be considered in light of the other physical and technical/tactical sessions, so as to avoid overload and optimize adaptation (i.e. maximize a given training stimulus and minimize musculoskeletal pain and/or injury risk). In this part of the review, the different aspects of HIT programming are discussed, from work/relief interval manipulation to HIT periodization, using different examples of training cycles from different sports, with continued reference to the cardiorespiratory adaptations outlined in Part I, as well as to anaerobic glycolytic contribution and neuromuscular/musculoskeletal load. 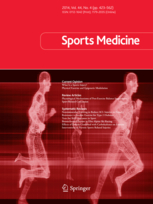