Mechanisms and structures which are involved in eccentric exercise-induced delayed onset muscle soreness (DOMS) are not yet clarified. Tissue and site specificity may be important considerations in afferent sensitisation following eccentric exercise. This study investigated the nociceptive response to hypertonic sodium solution applied to fascial/epimysium tissue and mechanically sensitised sites in muscle by assessing (1) afferent recordings in animals and (2) psychophysical assessment in humans. Seventeen male rats underwent eccentric contraction of extensor digitorum longus muscle, while 11 rats served as an unexercised naïve group. Two days post-exercise, group IV afferent fibre activity was recorded in response to superfusion of hypertonic Krebs solution on the mechanically sensitised muscle/epimysium site. Mechanical sensitisation was confirmed with significant increases in afferent response and decreases in threshold to mechanical stimulation in the eccentrically exercised rats compared to naïve rats. There was no difference in afferent response magnitude to hypertonic Krebs solution between exercise and naïve groups. In the human study, 13 volunteers participated. After bilateral assessment of pressure pain thresholds (PPT) along the tibialis anterior muscles, eccentric exercise was performed to induce DOMS in m. tibialis anterior of one leg. Site of maximal mechanical sensitivity was identified 24 h later and injected with hypertonic saline at fascial and deep muscle levels. The corresponding site on the opposite unexercised leg served as a control. Fascial injection of the exercised muscle caused significantly higher pain intensity compared to all other injections. Response to deep muscle stimulation was not different between sides. This suggests that fascia rather than muscle tissue is important in DOMS associated sensitisation. 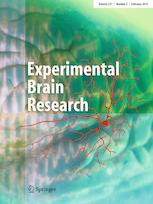