The Decomposition of the Corporate Body: What Kant Cannot Contribute to Business Ethics

Kant is gaining popularity in business ethics because the categorical imperative rules out actions such as deceptive advertising and exploitative working conditions, both of which treat people merely as means to an end. However, those who apply Kant in this way often hold businesses themselves morally accountable, and this conception of collective responsibility contradicts the kind of moral agency that underlies Kant’s ethics. A business has neither inclinations nor the capacity to reason, so it lacks the conditions necessary for constraint by the moral law. Instead, corporate policies ought to be understood as analogous to legal constraints. They may encourage or discourage certain actions, but they cannot determine a person’s maxim – which for Kant is the focus of moral judgment. Because there is no collective intention apart from any intentions of the individual agents who act as members of the corporation, an organization itself has no moral obligations. This poses a dilemma: either apply the categorical imperative to the actions of particular businesspeople and surrender the notion of collective responsibility, or apply a different moral theory to the actions of businesses themselves. Given the diffusion of responsibility in a bureaucracy, the explanatory usefulness of collective responsibility may force business ethicists to abandon Kant’s moral philosophy. 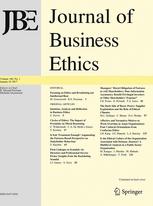