This study adds to research on family court’s response to custody in the context of intimate partner abuse (IPA). Mediation is often used to assist family court with custody negotiation; however, debate exists in the field regarding its use when IPA exists. The following study examines experiences with court mediation among a sample of victimized mothers who divorced abusive husbands. Mixed-method data were collected from 19 women. Findings demonstrate that abuse is rarely considered in custody recommendations, as most court mediators prefer joint custody. Implications for the ongoing debate, as well as future directions for research, are discussed. 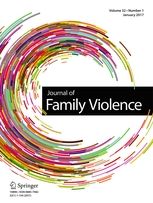