Mild Acute Biliary Pancreatitis vs Cholelithiasis: Are There Differences in the Rate of Choledocholithiasis? 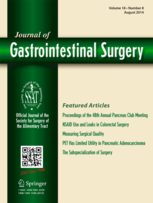