A Sedimentological Approach to Upscaling

Optimised upscaling in reservoir simulations requires the construction of realistic petrophysical properties that are representative of the heterogeneity in the sedimentary deposits. Reservoir heterogeneities are controlled by the arrangement of various hierarchies of sedimentary facies and their internal bounding surfaces. The conventional sedimentological approach to reservoir upscaling involves subdivision and ranking of various hierarchies of architectural units and associated bounding surfaces of the reservoir sequence according to their geological significance. This global upscaling approach produces realistic scaled up models that retain both the structural and non-structural heterogeneities of the original sedimentological models. Analyses of sedimentary sequences from various depositional environments indicate that the fractional Levy model can adequately describe the heterogeneity and scaling characteristics of individual genetic sediment sequences in the clastic sedimentary system without further subdividing and ranking of the heterogeneous sequences. The heterogeneous nature of each sedimentary system can be quantified by the Levy index parameter, whereas the maximum upscaling magnitude (or upscaling index) for a particular sequence can be determined from the Levy width parameter plot. Depositional modelling mimics the sedimentary processes in a range of scales and honours hierarchies of sedimentary facies and their bounding surfaces. It can be used effectively for upgridding and upscaling in accordance with the stratigraphic framework and sedimentological models. Both the fractional Levy model and the depositional modelling provide quantitative alternatives to the conventional global sedimentological upscaling approach. 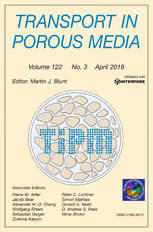