Already in the early stages of case-based reasoning (CBR) prototypes were considered as an interesting technique to structure the case base and to fill the knowledge gap between single cases and general knowledge. Unfortunately, later on prototypes never became a hot topic within the CBR community. However, for medical applications they have been used rather regularly, because they correspond to the reasoning of doctors in a natural way. In this chapter, we illustrate the role of prototypes by application programs, which cover all typical medical tasks: diagnosis, therapy, and course analysis. 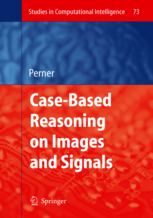