In plants, as in other eukaryotes, most synonymous codons of the genetic code are not used with equal frequency, but instead some codons are preferred, whereas others are rare. Circumstantial evidence led to the suggestion that rare codons have a negative influence on mRNA stability. To address this question experimentally, rare codons encoded by a Bacillus thuringiensis (B.t.) toxin gene (cryIA(c)) or a synthetic sequence were introduced into a phytohemagglutinin (PHA) reporter gene. In neither case was the mRNA stability appreciably diminished in stably transformed tobacco cell cultures nor was the accumulation of mRNA in transgenic plants affected. Thus rare codons do not appear to be sufficient to cause rapid degradation of the PHA mRNA and potentially other mRNAs in plants. 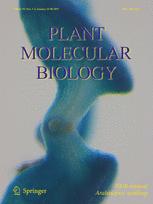