Hatshepsut and the Politics of Punt

Most discussions regarding the relationship between pharaonic Egypt and the “land of Punt” have focused on the latter’s location (a subject of considerable debate) and exotic imports. The most famous of the ancient expeditions to Punt was launched by the Eighteenth Dynasty female pharaoh Hatshepsut, who boasted that she had reopened this prestigious trade route. If so, it would have been after a long hiatus possibly of some two centuries. Offering a new perspective in the discussion of Punt, this paper explores the rationale behind her particular expedition to this fabled land. Comparisons between the textual and iconographic evidence of Hatshepsut’s expedition and similar records from a distant predecessor (King Sahure) and those of later kings suggest the political nature of the endeavor, which is further underscored by its apparent timing in relationship with her coronation. Like any other Egyptian king, and perhaps more so because of her unorthodox rise to power, Hatshepsut had to prove her fitness to rule. She did so by economic means: international trade under the guise of an act of religious piety. This perhaps allowed her to obtain the cooperation of other influential entities within the Egyptian society. 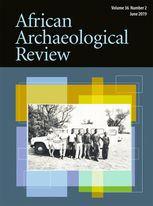