Hemp (Cannabis sativa) has a highly variable sexual phenotype. In dioecious hemp, the sex is controlled by heteromorphic sex chromosomes according to an X-to-autosomes equilibrium. However, in monoecious hemp, the sex determinism remains widely unknown and has never been related to a quantitative approach of sex expression. The present paper aims to contribute to the comprehension of the sex determinism in monoecious hemp by assessing the genotypic variability of its sex expression and establishing its sex chromosomes. Five monoecious and one dioecious cultivars were grown in controlled conditions under several photoperiods. The monoecy degree of 194 monoecious plants was recorded at each node by a figure ranging from 0 (male flowers only) to 6 (female flowers only). The genome size of 55 plants was determined by flow cytometry. The DNA of 115 monoecious plants was screened with the male-associated marker MADC2. The monoecy degree varied significantly among monoecious cultivars from 3.36 ± 2.28 in ‘Uso 31’ to 5.70 ± 0.81 in the most feminised ‘Epsilon 68’. The variation of monoecy degree among cultivars remained consistent across trials despite a significant “cultivar × trial” interaction and partly agreed with their earliness. The genome size of monoecious plants (1.791 ± 0.017 pg) was not different from that of females (1.789 ± 0.019 pg) but significantly lower than that of males (1.835 ± 0.019 pg). MADC2 was absent from all monoecious plants. These results strongly support that cultivars of monoecious hemp have the XX constitution and that their sex expression has a genetic basis. 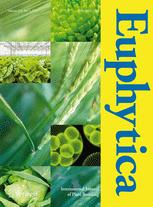