Inflammation-Induced Catabolism of Tryptophan and Tyrosine in Acute Ischemic Stroke

Whether the inflammatory response that accompanies acute ischemic stroke induces the kynurenine pathway is currently a matter of conjecture. Activation of this pathway may disturb active metabolites. The aim of this study was thus to characterize the catabolism of tryptophan and tyrosine in acute ischemic stroke (AIS) patients, and its association with cytokines, C-reactive protein, and glucose. Serum levels of 5-hydroxytryptamine, tryptophan catabolites, and competing amino acids and significant ratios of these were measured in 45 AIS patients and compared to those of 40 control subjects. Furthermore, associations between the serum levels of these biomarkers and serum levels of cytokines, C-reactive protein, and glucose were determined. Significantly lower levels of tryptophan and tyrosine in the stroke group indicate increased tryptophan and tyrosine oxidation in acute ischemic stroke, while significantly lowered tryptophan index and tyrosine index indicate a reduced capacity for the synthesis of 5-hydroxytryptamine and catecholamines in the brain, respectively. Furthermore, our findings indicate that the proinflammatory response in acute ischemic stroke may be responsible for a reduced capacity for the biosynthesis of brain catecholamines and mediate neurotoxic effects. Meanwhile, the anti-inflammatory IL-10 may exert a neuroprotective effect and prevent the putative reduced capacity for 5-hydroxytryptamine synthesis in the brain. These mechanisms may be involved in several sequelae following stroke, such as cognitive impairment, depression, and fatigue. 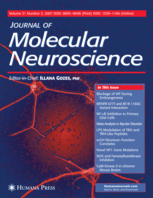