Dissatisfied Hand Surgeons: What Causes Them to Change Jobs?

Because physician turnover, especially during the first 5 years after joining a practice group, has been reported to be as high as 54%, we sought to identify and quantify the factors that lead hand surgeons to leave their practices. An eight-question practice survey was administered to 10 hand surgeons, all of whom had left their practices under various circumstances. All respondents were men (mean age, 43.2 years). Nine surgeons were in their first practice and one was in his second. Time in the practice ranged from 4 months to 6.5 years (mean time, 3.4 years). Questions about surgical practice issues were asked of all survey participants, who were then asked to quantify the influence of the issue on their decision to leave their own surgical practice with a Likert scale ranging from 1 (no influence) to 5 (greatly influenced the decision to leave). The strongest influences on the decision to leave a practice were interpersonal conflict (mean, 4.7 points) and lack of decision-making ability within the practice (mean, 4.2 points). The influence of partnership determination (mean, 3.3 points) was mixed, whereas staff support (mean, 2.9 points), salary agreements (mean, 2.4 points), employment contracts (mean, 1.6 points), and retirement benefits (mean, 1.0 points) played a lesser role in the surgeons' decisions to leave their practices. 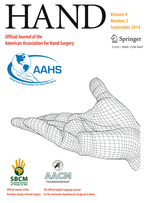