According to the principle of the three-dimensional linearized theory of elastic waves in initially stressed bodies, a dynamical stress field in a pre-stressed bi-layered plate-strip under the action of an arbitrary inclined force resting on a rigid foundation is studied. It is assumed that the force applied to upper free surface of the plate-strip is time-harmonic and the materials used are linearly elastic, homogenous, and isotropic. By employing finite element method, the governing system of partial differential equations of motion is approximately solved. The different dependencies of the problem such as the ratio of height of plates and initial stress of the materials are numerically investigated. Particularly the effect of arbitrary inclined force is analyzed. It is observed that the numerical results obtained according to various angles converge to the ones in the previous studies. 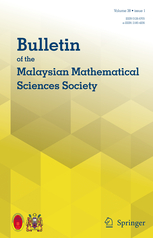