Marmajuelo and Malvasía are two white grape varieties grown in Spain (Canary Islands), the former only in the Canary Islands, while the latter is a variety widely spread throughout the world. At the present time, the oenological potential of these varieties grown in the Canaries has not yet been studied. Aroma precursors in musts and skins, and free volatiles in wines were determined in samples of both varieties. Aroma precursors of must and skins were isolated by absorption on XAD-2 resin, and the aglycone liberated by means of acid hydrolysis. Free volatiles from wines and from aroma precursors were extracted with dichloromethane and then analysed by GC–MS. The analysis of glycosidic aroma precursors showed that Malvasía variety presented higher contents of terpenes in grapes than those of Marmajuelo variety. In addition, some precursors of benzenic compounds presented higher contents in the musts of Malvasía with respect to those in the musts of Marmajuelo. The main difference in wine volatile composition was that cis-3-hexen-1-ol, ethyl acetate and γ-nonalactone compounds showed a significantly higher mean content in Malvasía wines than in Marmajuelo wines. Among the aroma precursors analysed, only α-terpineol, linalool oxides, 4-allyl-2,6-dimethoxyphenol, 2-methoxy-4-vinylphenol, 4-hydroxybenzaldehyde, vanillin and benzyl alcohol showed contents in grapes comparable to the levels observed in wine volatile compounds. 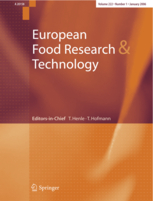