A study was undertaken to investigate the heterotrophic bacterial flora associated with the sea anemones. Samples of the sea anemones Anthopleura midori were collected from the coast of Weihai and bacteria were isolated from these samples. Additionally, high numbers of viable bacteria were obtained from the celom wall and surface of anemone, the community of cultivable bacteria was very diverse. As a result of this isolation, 60 strains were obtained, 56 of them were selected for identification and characterization by 16S rRNA gene sequence analysis and limited phenotypic testing. Among these isolates, 16 strains were phylogenetically related to members of the genus Pseudoalteromonas and neighboring taxa. Other isolates included members of the genera Colwellia, Vibrio, Acinetobacter, Pseudomonas, Endozoicomonas, Roseovarius, Paracoccus, Loktanella, Leisingera, Sulfitobacter, Bacillus, Staphylococcus, Plantibacter, Microbacterium, Micrococcus, Joostella, Psychroserpens, Cellulophaga, Krokinobacter, Polaribacter and Psychrobacter. Seven potential novel species were found. Among 60 strains, 17 of them can produce proteolytic exoenzyme, 20 can produce lipolytic exoenzyme. Strain NQ8 has strong antagonistic effects on some Vibrio strains. This study demonstrates that the culturable fraction of bacteria from the sea anemones Anthopleura midori is diverse and appears to possess much potential as a source for the discovery of novel bioactive materials.

The Chinese Society of Oceanography 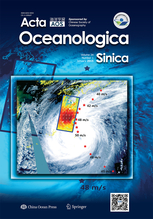