Techniques of Persuasion in Julius Caesar and Othello

The article is an analysis of the rhetorical techniques of persuasion in Antony's speech to the Roman mob, and Iago's persuasion of Othello in the temptation scene. The analysis is based on the Gricean maxims of the Co-operative Principle, and the Politeness Principle in normal conversation. These models are all quite accessible to literary readers of Shakespeare's text. This is an attempt to find a middle ground between close textual analysis of a philological kind and the broader polemical vistas of cultural materialism. The writer believes that English studies is fundamentally concerned with the close study of literary texts. 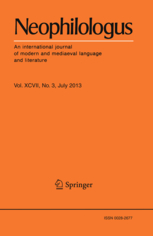